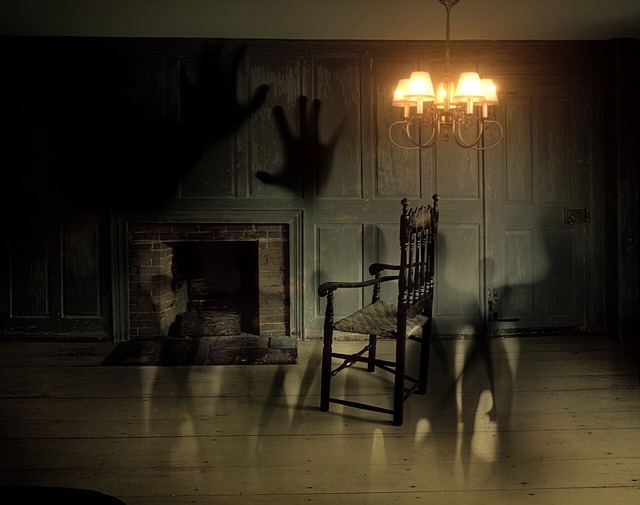 Fall is the time for Halloween and horror, and escape rooms are the perfect place to be scared! Horror-themed escape games like zombie horror rooms, murder escape rooms, mystery rooms, and all kinds of other creepy scenarios can be found all year long. Ghosts, spirits, murderers, criminals, zombies, and everything else that goes bump in the dark will give you and your group the chills. From historical figures like Jack the Ripper, to viruses and zombies, or recreations of classic horror films, you’ll need to figure out how to escape before time runs out.

Escaping a zombie is harder than it sounds. They don’t always creep slowly toward you, arms outstretched, groaning and allowing you to outrun them. Instead, a relaxing evening out with friends can suddenly be disrupted by a team in hazmat suits running toward you yelling warnings about a biological outbreak. What next? Is it the bubonic plague returning from the past, or some new virus the world hasn’t identified yet? Do you try to escape through a door or window, possibly running into zombies on the other side? Or do you climb to the roof to try to figure out what to do next? Maybe your team needs to work together to quickly find a cure for the virus that’s infecting more and more people the longer you wait.

An evil ax murderer is on the loose, chasing after you and your friends. On death row, a cannibal killer has escaped his cell and is hiding somewhere in the prison waiting for a chance to escape or hurt another innocent victim. Or perhaps it’s a serial killer or other villain following you into a cave, dungeon, forest, or somewhere else you may not escape from alive. Where can you hide? How can you find help? Protect yourself and your group with anything you can find in the immediate area, as you work to capture the murderer and get out alive before the time expires.

Much more than a classic whodunnit, a crime scene mystery room truly immerses you in the experience. Maybe you’re playing a police officer, or perhaps the police are in on it and you need to solve the crime yourself while exposing the corruption. There are lots of ways to do this, but which is the correct one? Are there witnesses to be interviewed? Do their stories match or are one or more of them lying to you? Spy on an enemy and find the clues to learn about a crime before it happens so you can stop it, defuse a bomb before it explodes, or solve a case to prevent the bad guys from getting away with it and committing the same crime again.

Our popular crime scene escape room, is O’Bannion’s Safe. It takes place in the 1920’s and gives players the challenge of unlocking evidence from a notorious criminal’s safe to finally put him away for good.

Lots of horror escape games are based on ancient Egyptian tombs, as these mysterious areas make a great theme! Perhaps your group falls into a dark, stony hole, or veers off course during a tour of a pyramid, and ends up in the darkness surrounded by stale air once breathed by the Pharaohs themselves. And maybe they don’t want you there … figure out how to escape before time runs out. Other popular themes include asylums, demons and the occult, and so many more.

If you’re looking for an Arlington, TX escape room, look no further than The Perfect Escape. Our Pharoah’s Tomb brings pyramids and mummies to life as you and your friends or family work to find the clues and escape The Curse before time runs out. Book this and other fun and challenging escape rooms today at The Perfect Escape!

What to Look for in At Home Escape Room Games